Amazing Bubble Science Facts for Kids of all Ages

The Science of Bubbles for Kids

POP quiz! What is a soap bubble made of? If you said ‘soap, water, and air’, you’d be 100% correct. A soap bubble is just air molecules trapped inside soap and water molecules. However, there’s more to bubble science than meets the eye, and it’s quite fascinating!

Every June, to celebrate the grand opening of the Children’s Museum, we host our Bubbly Birthday Bash! During this annual event, the entire museum is transformed into a bubble paradise!

Bubbles aren’t just tons of fun to play with, they also provide children of all ages an opportunity to learn about a variety of scientific concepts. Read on to learn more about bubble science!

How Are Bubbles Formed?

Why Are Bubbles Round?

When you combine soap and water, their molecules mix together and make soap film that has little to no volume, meaning it is flat. When you add volume – or blow a bubble – it creates surface tension.

So the water and soap stretch around the extra volume trapping the air inside. When this happens the soap film stretches into a round shape because spheres are the strongest and most efficient geometric shape and they take up the least amount of space.

So when you add volume to soap film, it stretches into a spherical shape and a perfectly round bubble is born!

When you look at a bubble wand, you might notice that the soap film is shiny and shimmers with rainbow colors. Then when you blow a bubble, the bubble becomes a little magical rainbow orb! But why?

As we have already discussed, a bubble is made of water, soap, and air. What do all three of these things have in common? They are all see-through! So when you blow a bubble, light waves can enter it from all angles and reflect off both the outer and inner surfaces of the bubble.

As a bubble floats around, the colors can look like they are changing because the thickness of the soap and water layers can create specific color combinations. What we are seeing is multiple colors of light waves bouncing around and overlapping with each other, creating even more color combinations. These are called interference colors and they include all the colors of the rainbow.

What Makes Bubbles Fly According to Science?

Believe it or not, according to science, soap bubbles don’t actually fly – they float! The bubble film and the air trapped inside of it are incredibly lightweight. When they float through the air, what you are watching is the bubbles riding on top of denser carbon dioxide (CO2) gas molecules in the outside air!

Therefore, the less dense air (O2) molecules inside a soap bubble can catch a ride on top of the denser carbon dioxide (CO2) gas molecules in the air outside and push the bubble up, up, and away!

Besides making a bubble pop on purpose, what causes a bubble to pop on its own?

If a bubble isn’t popped on purpose, it will eventually pop naturally as the water molecules evaporate leaving the outer layer of the bubble too thin to maintain the surface tension.

Evaporation is the process of a liquid turning into a gas, and water turns into a gas (water vapor) when it is heated. When H20 molecules heat up, they start to move faster and faster the hotter they become, until they turn into water vapor.

Imagine a puddle of water on the ground after it rains. Eventually, the water heats up from the sun and evaporates into the atmosphere and the puddle disappears.

So on colder days, water evaporates much slower, so bubbles can float along for a longer period of time before popping! Bubbles also float higher on colder days, because the warm air from your breath is lighter than the cold air outside!

Can You Make an Unpoppable Bubble?

*Any dish soap should work for this experiment, but if your soap has the word ‘Ultra’ in its name, you may need to add extra corn syrup to your mixture.

How to Make an Unpoppable Bubble:

The corn syrup makes the wall of the bubble stronger, so there is more force holding the water and soap together keeping the bubble intact. If the bubble were to float away, the corn syrup would slow down the water evaporation process, so the bubble would maintain its surface tension for longer without popping!

Similarly, because your finger is wet, the barrier is actually never broken because the water maintains the surface tension, and the bubble won’t pop!

Join us at the Children’s Museum of Sonoma County Every June for Our Bubbly Birthday Bash Celebration!

Come experience bubble science for yourself and see the Children’s Museum transform into a bubbly paradise during our annual Bubbly Birthday Bash! Explore all the ways we transform the Museum into a bubble paradise. We have a number of bubble-themed STEAM activities including dry ice bubbles, and a bubble snow dance party!

This annual event is held on the third Saturday of June, in celebration of the museum’s grand opening – otherwise known as our birthday! Our Bubbly Birthday Bash is open to the public for general admission pricing and free for members. EBT Cardholders receive reduced admission. Reservations are not required. 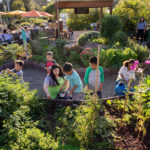 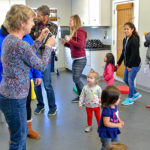 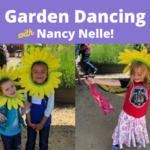